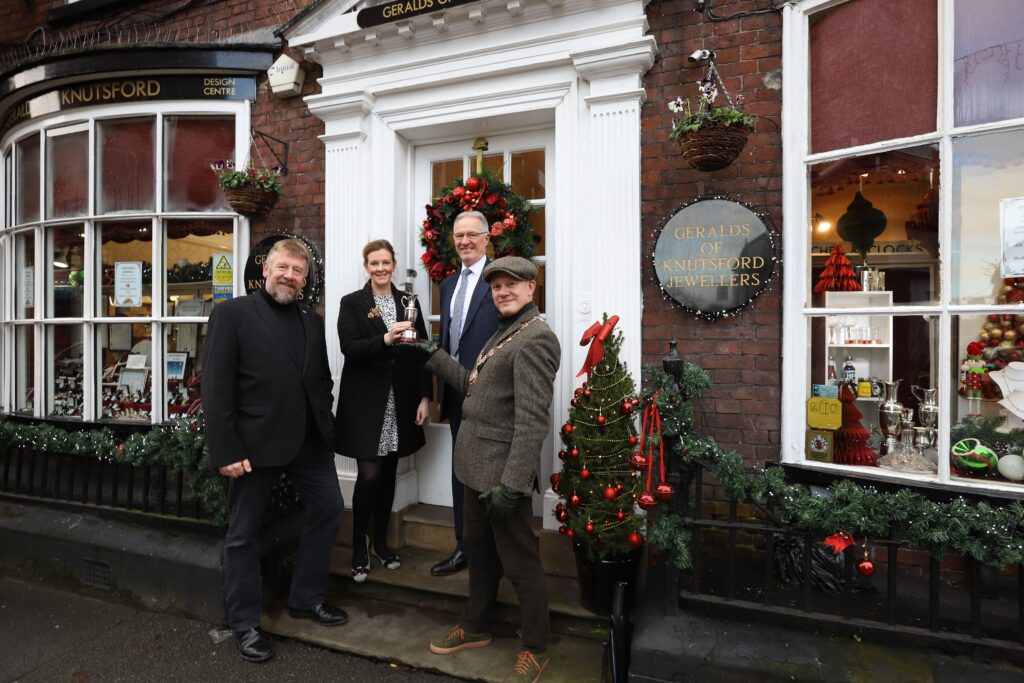 We have a winner!

Each year the standard of the Christmas Window displays continues to get higher and higher. All the Town Centre window displays were viewed as part of the competition though we had formal entries from a large range of retailers and businesses including, but not limited to; Holly Johnson Antiques, Kanoa Living, Cheshire Quality, Arthur Lee, Nicholas Austen, The White Orchid, Dafferns, Mr Simms and Clare and Illingworth.

The overall winner was presented with a trophy and certificate with highly commended certificates going to the runners up.

This year the winner was Gerald’s of Knutsford with Nicholas Austen coming in 2nd place and Daniella Draper in 3rd place. There was also a prize for the best dressed Charity Shop window; this was won by Barnados on Tatton Street.

Cllr Stewart Gardiner said “I was impressed at how people had gone the extra mile in their window displays this year. Everybody should be extremely proud of their efforts in making the town look particularly festive. Picking winners was especially difficult and six or seven shop fronts were in the running for first place. However, there could only be one winner, Gerald’s of Knutsford!”