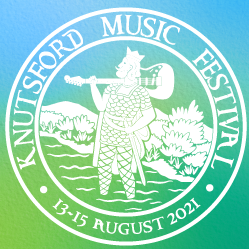 Tickets for Knutsford Music Festival 2021 go on sale this Friday 21st May!

The festival will take place from 13th to 15th August 2021 featuring an array of events including free and ticketed events.

The popular Mark Radcliffe presents Folk at the Theatre nights have been moved to St John’s Church for 2021 as the venue allows more space for Covid-19 restrictions. Two nights of folk music will be held on 13th and 14th August at the venue, presented by the BBC Radio host.

Guests can enjoy music from Ross Wilson aka Blue Rose Code on 13th August. The artist has been described as “One of the greatest live acts around right now” by Americana UK and will be joined by local musician Sam Lyon who will be returning to the festival for the third time, following her recent TV debut on Sky TV and release of her new single ‘Feels Like Heaven’.

Saturday 14th August boats just as exciting a line-up as the festival welcomes back outstanding folk duo The Breath, who were due to headline one of the folk nights in the 2020 festival prior to its cancellation. 2019 Folk Singer of the Year Ríoghnach Connolly and Stuart McCallum are the creative heart of The Breath, they’ll be joined by Young Folk Award nominee Amelia Coburn who graces the festival stage for the second time, and Manchester-based song writing duo The Dorman Long.
Tickets to both events will be on sale via the festival website from 12pm noon on Friday 21st May and will be available until both events are sold out. General admission and adult and child tickets will both be available.

Initial ticket sales will be limited however more tickets may be released subject to social distancing requirements at the time of the event post 21st June.

Head to www.knutsfordmusicfestival.com to grab your tickets from 21st May!